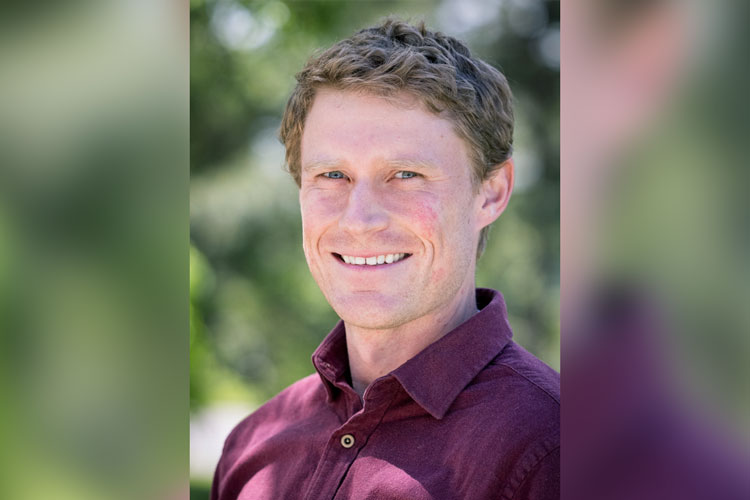 Brooks Robinson grew up in Santa Fe, NM. During high school he became fascinated with the brain and gives credit to his fantastic AP Psychology teacher. Following a brief internship at Los Alamos National Labs, he received a scholarship to attend Colorado College and earned a BA in neuroscience. As a thesis project at CC, Brooks studied the neuromorphology of human pyramidal neurons. For part of the study, he assisted with autopsies at the El Paso County Coroner’s Office and collected small brain tissue samples for research. During this experience he was struck by the frequency that drug and alcohol abuse directly contributed to traumatic events leading to death. He went on to earn a Ph.D. in neuroscience at the University of Texas at Austin where he studied alcohol-related behavior and epigenetic changes using the model system Drosophila melanogaster (fruit flies). He then moved to Portland, OR where he did a postdoctoral fellowship and was promoted to Research Assistant Professor at Oregon Health & Science University. During this time, Brooks researched the effects that opioids and psychostimulants had on neuronal excitability. Brooks is married and has his first child on the way. He wants to add that yes, he was named after the baseball player and is a fan of the sport, but no he did not play baseball (too much pressure).

Dr. Robinson is interested in how drugs of abuse affect the brain. He has been involved in research projects studying alcohol, opioids, and the psychostimulants cocaine and methamphetamine. To date, he has focused on the cellular and molecular mechanisms of action of these substances, but in the future he would like to study the human behavioral and social aspects of substance use and addiction.